As Published in THE DAILY BUSINESS REVIEW

On Aug. 31, the U. S. Court of Appeals for the Tenth Circuit issued its opinion in In re McDaniel, Case No. 18-1445, representing a significant departure from the generalized belief that student loan debts cannot be discharged in bankruptcy, and which, if followed by other circuit courts, could have a dramatic impact on bankruptcy law and its current practice. 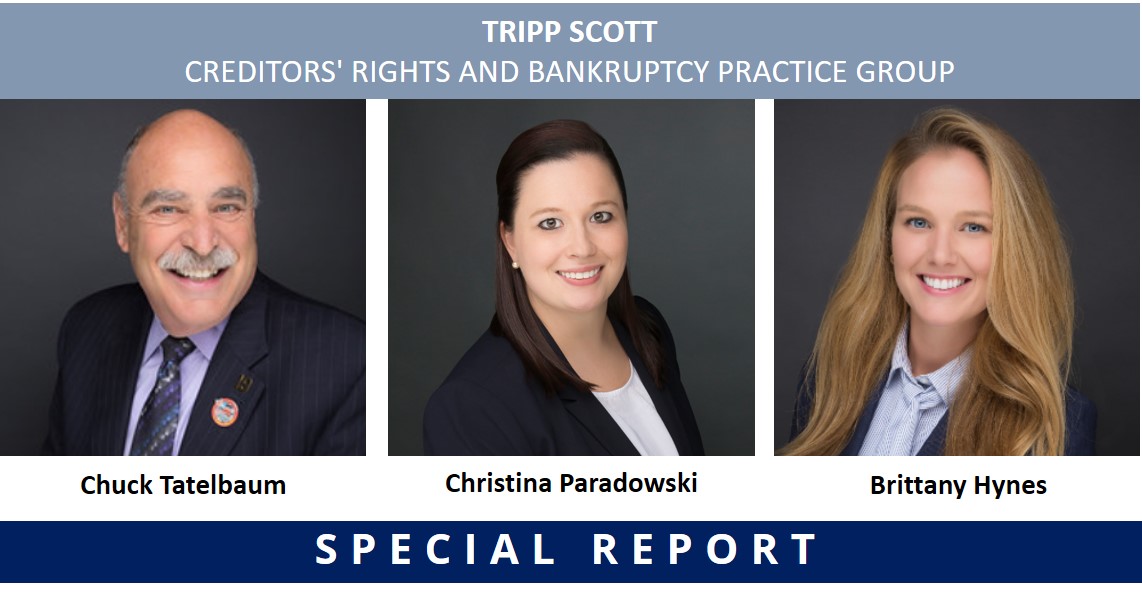 The McDaniels filed a voluntary Chapter 13 bankruptcy petition, and disclosed, among other debts, that they had federally insured student loans, as well as a number of private student loans with Sallie Mae, Inc. (now Navient). Throughout the course of their Chapter 13 bankruptcy, the McDaniels paid nearly $27,000 in principal toward the $200,000 that they owed to Navient.  Upon completion of their plan payments, the bankruptcy court issued an order granting the McDaniels a discharge of their debts, but did not specify which debts were or were not discharged.  As to the student loans, the order simply stated that “debts for most student loans” were not discharged.

In the two years following their discharge, the McDaniels paid an additional $37,000 to Navient toward satisfaction of their private student loans. That ended, however, when the McDaniels reopened their bankruptcy case and filed a complaint against Navient seeking a declaration by the bankruptcy court that their Navient loans had been discharged, and sought an award of damages based upon Navient’s post-discharge collection activities.

By way of background, Section 523(a)(8) of the Bankruptcy Code excepts from discharge three types of educational debt: the first applies to loans made, insured, or guaranteed by a governmental unit or made under a program funded by a governmental unit or nonprofit institution, while the third applies to educational loans that are “qualified education loans” as defined by the Internal Revenue Code.  It was undisputed that the McDaniels’ student loan debt with Navient did not qualify under the first or third exception types, so the issue was whether the private loans qualified under the second exception—namely, whether the private student loans were “obligation[s] to repay funds received as an educational benefit, scholarship, or stipend” under Section 523(a)(8)(A)(ii) of the Bankruptcy Code.

Turning to Navient’s second argument, the Tenth Circuit again agreed with the bankruptcy court, holding that the McDaniels’ private student loans with Navient did not qualify as an “educational benefit” and, therefore, were not discharged as part of the McDaniels Chapter 13 bankruptcy case.

In reaching its ultimate conclusion, the Tenth Circuit was guided by two general concepts. First, exceptions to the discharge of debts in bankruptcy cases are construed narrowly and in favor the debtor, keeping in line with the overarching tenet of the Bankruptcy Code to afford the “honest but unfortunate debtor” a fresh start.

Second, the court applied principles of statutory construction, particularly the Latin term of noscitur a sociis (statutory words are often known by the company they keep), and that when Congress uses a particular term or phrase in one section, but then does not use it in the next, such omission is intentional. Specifically, the Tenth Circuit noted that both the first and the third exceptions under Section 523(a)(8) expressly use the word “loan,” whereas the second exception does not. Had Congress intended to use the word “loan” in the second exception, the court reasoned, it certainly could have and knew how to, and the fact that Congress did not carries meaning. The McDaniel court also looked to the other items that “educational benefit” was grouped with— “scholarship” and “stipend”—concluding that the “common quality” shared among the three is that they are gifts or conditional grants of money that generally need not be repaid by their recipients. Because the Navient loans were true loans, and not conditional grants of money, they did not qualify as “obligations to repay funds received as an educational benefit” and therefore were discharged as part of the McDaniels’ bankruptcy case.

If this reasoning is followed by other bankruptcy courts and then upheld on appeal, it could trigger an avalanche of bankruptcy filings by those who have been impacted by the pandemic and have massive student debt of this nature which they will seek to discharge. It may have the unintentional consequence of either raising the cost of such borrowing (so that the lenders can hedge against the new found loss scenario) or eliminate the loan offerings altogether. In any event, stay tuned for more in this area.

Experience tells us that the recent increase in subprime auto loan defaults can be a reliable predictor of an overall increase in consumer bankruptcies which, in turn, causes problems for businesses in many sectors.  Recently reported data discloses that in the fourth quarter of 2022, subprime auto loan defaults increased by slightly more than 30%.

These defaults rise from a number of reasons, namely:  (1) higher interest rates on the subprime loans that have a floating rate of interest; (2) inflationary increases which have pinched consumers' budgets; and (3) increased costs of rental housing.